al-Sharaja before 1948
The village of al-Shajara was located 14km from the city of Tiberias on the eastern slope of a moderately elevated hill. al-Sharaja was located on a highway leading to Tiberias in the northwest and to Nazareth in the southeast.

The name “al-Sharaja” means “the tree” in Arabic, and was known as Seiera during the Crusader times. It was the fourth largest village in the district in regards to its area. An elementary school was established during the British mandate era. In 1944-45, the village consisted of 770 inhabitants with 720 of these being Muslim and the remaining 50 Christians.

It was required to pay taxes on its crops, which consisted of wheat, barley, olives, fruits and cotton, as well as on their goats, beehives, orchards and their press which was used for both olives and grapes. The villagers relied on their agriculture to make a living. The village was surrounded by arable land on which grew fig and olive trees, with a spring to the south. Furthermore, in 1812 the Swiss traveller Burckhardt noted that the area was covered with wild artichoke.

al-Sharaja was an archaeological site with the foundations of a church, inscriptions carved in stone and tombs with two khirbas in the nearby area, containing ruins, cisterns and burial grounds.

Occupation and depopulation
In the middle of February 1948, as battles flared between the Haganah forces and the Arabs in the Baysan Valley, the Haganah forces carried out an attack on al-Sharaja. On the 17th of February, it was reported by an Israeli newspapr, that the forces had infiltrated the village and blown up two of its houses. However, it was only on the 6th of May that the village was occupied in the aftermath of the fall of the city of Tiberias.

At dawn, units from the Golani brigade struck the village in a powerful attack. An unspecified number of villagers were killed during the attack, with the surviving fleeing, leaving the dead behind, leaving the village in the hands of the Haganah forces.

The village today
Ruins of the village are still visible today, protruding from under the overgrown, wild vegetation. One side of an arched doorway still stands, but the western part of the village and nearby hill is covered with cacti. On the southern and eastern sides of the village lands, cattle barns belonging to Ilnaiyya stand. Doum-palms, fig trees and chinaberry trees also grow in the area.
-----------------------------------
Source: al-Khalidi, Walid (ed.). All that remains: the Palestinian villages occupied and depopulated by Israel in 1948. Washington DC: 1992. 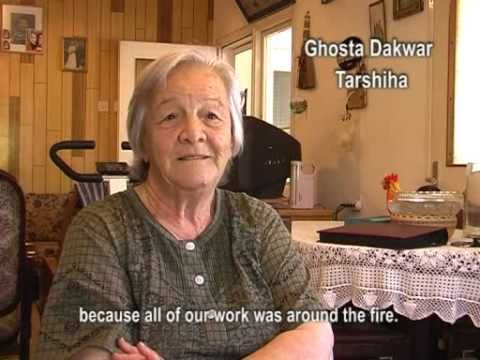 Women's Testimonies of the Nakba
11/2006
This short documentary collects the oral history testimonies of five Palestinian women living inside Israel today. Four of the women are internally...
49707
Displaying 1-1 of 1 result.