Al Qabu before 1948
The village stood on top of a high mountain that sloped steeply on the northern, eastern and western sides of the village. A secondary road linked it to the highway between Bayt Jibrin (an important village in the al-Khalil (Hebron) district) and al Quds (Jerusalem); This highway ran about 1,5 km south of al-Qabu.

The village’s name was a modification of Qobi, the site’s name during the Roman period. In the late nineteenth century, al-Qabu was described as a moderately sized village built of stone that was situated on a high hill. A ruined Crusader church stood southwest of the village on a hillside.

The village had a rectangular plan that extended in a north-south direction along the aforementioned road. Its houses were built primarily of stone. There were a few small shops in the village’s main square; the shrine of one Shaykh Ahmad al-‘Umari stood southeast of the village site. The residents, who were Muslims, obtained their water from several springs around the site, including ’Ayn Tuz and ’Ayn al-Bayda. Agriculture was both rainfed and irrigated; irrigation water was taken from springs. The villagers planted their lands in grain and fruit trees, especially olive trees (which covered 30 dunums of land), and grape vines. In 1944/45 a total of 1,233 dunums was allocated to cereals; 436 dunums were irrigated or used for orchards. Historical relics around it included the ruins of the Crusader church and an old canal. Two khirbas to the east of the village also contained ruins and fragments of stone arches.

Occupation and Depopulation
The History of the war of independence reports that the Sixth Battalion of the Israeli army’s Har’el Brigade entered the village on 21 October 1948, shortly after the start of Operation ha-Har. The offensive, launched at the end of the second truce, was aimed at capturing a string of villages in the southern part of the Jerusalem corridor. Historian Benny Morris states that the occupying forces did not intend to leave any civilian communities in place and that the inhabitants of al-Qabu either were expelled or fled in the direction of Bethlehem and the Hebron hills.

Al-Qabu apparently changed hands again before the end of the war, however, because it was one of the villages ceded into Israeli hands as a result of the armistice agreement with Jordan. The History of the War of Independence states that the Israeli army entered this village “without fighting“ in the weeks following 3 April 1949, the day the agreement was signed in Rhodes. The village was among four ceded in the Jerusalem area, giving Israel the length of the railway line between Jerusalem and the coast.

Israeli Settlements on Village Lands
The settlement of Mevo Betar was established on village lands in 1950.

The Village Today
The site abounds in the ruins and remains of the houses, and contains olive, almond, and pine trees. The village cemetery is visible on the southeastern edge of the site. Seven graves can be seen; bones are visible in some of the open ones. The village mosque still stands, abandoned and neglected; in the courtyard of the mosque, there is an artificial pool equipped with steps, and behind the mosque there are three wells. The shrine of Shaykh al-‘Umari stands next to an old network of irrigation canals. A set of stone stairs leads down to the arched entrance of the ancient spring of ’Ayn al-Qabu. Much of the surrounding land has been covered by a forest planted by Israel.
---------------------
Source: al-Khalidi, Walid (ed.). All that remains: the Palestinian villages occupied and depopulated by Israel in 1948. Washington DC: 1992. 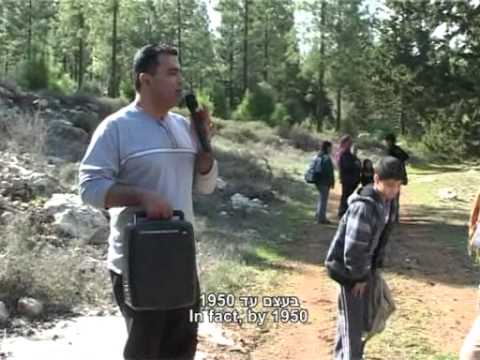 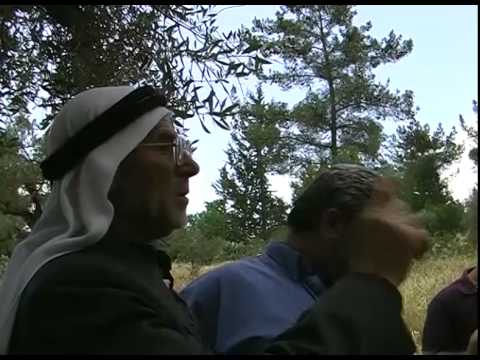 Remembering al-Qabu
12/2010
Excerpt from the booklet: Town Today According to the Palestinian historian Walid Khalidi, the village remaining...
50063

al-Qabu tour - Report
22/01/2011
About fifty people joined Zochrot’s tour of the destroyed Palestinian village of al-Qabu, on the southwestern outskirts of...
50075