Qaqun Before 1948:
The village stood on a hill overlooking the Qaqun Plain and dominated by the city of Tulkarm, to the southeast.  The Tulkarm-Haifa railway passed 0.5 km to the east, and secondary roads linked Qaqun to Tulkarm and neighbouring villages. Qaqun was considered an important historical site with a fortress that was built by the Crusaders.  During the Crusader period Qaqun fell within the administrative district of Qisarya (Caesarea) and suffered a great deal destruction.  It was known then under various names; Quaquo, Chaco, and Caco. In 1267 it was captured by the Mamluk sultan Baybars (1259-1277), who rebuilt its fortress and made the church into a mosque.  Markets were re-established, and it soon became a khan for merchants, travelers, and their animals. Under the Mamluks the Crusader fortress was renovated and the village became a postal station on the Gaza-Damascus road.

In 1596, Qaqun was the center of the Nahiya of Qaqun with a population of 127. It paid taxes on a number of crops, including wheat and barley, as well as other produce, such as goats and beehives.

In 1799 Napoleon's forces crushed an Ottoman resistance at Qaqun, which was sent to stop the advance towards Acre.  Qaqun was destroyed a second time by the Egyptian army under Ibrahim Pasha, the son of Muhammad ‘Ali, during his Syria Campaign (1831-1840).

The residents of Qaqun were Muslims who worshipped in a mosque at the center of the village, next to the main market.

An elementary school for boys was established in the village during the British Mandate.  Drinking water was provided through wells and agriculture was based on watermelons, vegetables, olives, citrus and grain.

Occupation and Depopulation
Qaqun was the victim of a “hit-and-run” riad carried out by the Irgun Zvai Leumi on 6 March 1948, according to the History of the Haganah. According to Benny Morris Haganah intelligence officers met on 9 May and agreed to “expel or subdue” Qaqun and a handful of other villages on the coastal plain.  This plan was not implemented immediately as the Israeli command decided it had insufficient forces to occupy the town of Tulkarm, thus it turned to smaller targets like Qaqun.

The History of the War of Independence states that Qaqun was attacked on the night of 4-5 June 1948, by the Third Battalion of the Alexandroni Brigade.  The attack began with heavy mortar and artillery fire and was met with Iraqi army resistance defending the northern approaches. The second stage of the battle was considered by the New York Times as “one of the bloodiest to date”, describing the Iraqi defenders taking positions in three lines of trenches just outside the village. The History of the War of Independence describes that this was where the real battle took place.  “The Iraqis refused to give ground and for several hours fought like men possessed. It was hand to hand warfare with both sides using knives, throwing grenades or bashing heads with rifle butts.” The official Israeli version is that an entire Iraqi battalion (450 men) had been wiped out in the encounter, while initially estimating its own losses at 12 dead. The heavy resistance prevented all other Israeli attempts to occupy Arab villages in this area.

The Village Today
The fortress on top of the hill, an ancient well of the Abu Hantash family, and the school building are all that remain of the village today.  The school is still used as a school by Israelis, while the fortress is surrounded by stone rubble and the remains of houses. Cactuses, orchards and a mix of cotton, pistachios, and vegetables are grown throughout the land today.
-------------------------- 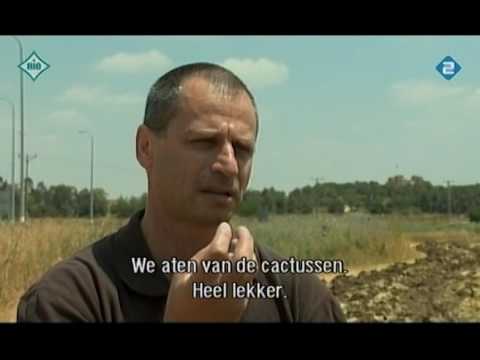 Photographing what remains of villages after the Nakba: An event concluding the exhibit “What isn’t...
By: Eitan Bronstein Aparicio
08/2012
The photographic act allows us to try to reclaim ownership of places that have been taken over by the state.  The photographs...
54208