Sataf Before 1948
The village stood in the middle of the southeastern slope of  a mountain and overlooked Wadi al-Sarar, which ran 0.5 km to the east. A secondary road linked Sataf to the Jerusalem-Jaffa highway, to the northeast, and dirt paths linked it to neighboring villages. In the late nineteenth century, Sataf was a moderate-sized village built of stone and situated on the steep side of a valley. The village was divided into four quarters. New construction extended along the road to the village of ‘Ayn Karim and on the eastern side of the mountain slope, in the direction of Wadi al-Sarar. A monastery, called the Habis Monastery, was located opposite the village, south of Wadi al-Sarar, on the slope of another mountain.

The population of Sataf was Muslim. The village had a few shops, and two springs provided water for domestic use. The village lands were planted in grain, vegetables, olives, and fruit; agriculture was rainfed and irrigated from springs. In 1944 a total of 465 dunums was planted in cereals; 928 dunums were irrigated or used for orchards. Trees and herbs grew on the heights and were used as fodder for grazing animals. The villagers sold their agricultural produce in the markets of Jerusalem.

Occupation and Depopulation
While Operation Dani was in progress, Israeli forces occupied a cluster of villages to the east of the operational zone around Lydda and al-Ramla, along the western approaches to Jerusalem. Sataf, one of the villages occupied during this push, was attacked on 13-14 July 1948, according to Israeli historian Benny Morris. The attack was carried out by the Har’el Brigade, which was part of the force assembled to implement Operation Dani.

The Village Today
Many half-destroyed walls still stand, and some still have arched doorways. The walls of a few houses with collapsed roofs are almost intact. A broken-down military jeep lies among the stone rubble that covers the site. The area around the village spring, which is located to the east next to the ruins of a rectangular stone house, has been turned into an Israeli tourist site. A Jewish family has settled on the west side of the village and has fenced in some of the village area. Numerous terraces around the village are covered with almond, olive, and fig trees as well as cactuses. A forest around the site was planted by the Jewish National Fund; it is an extension of the Moshe Dayan forest that was planted on the lands of the former village of Khirbat al-Lawz. 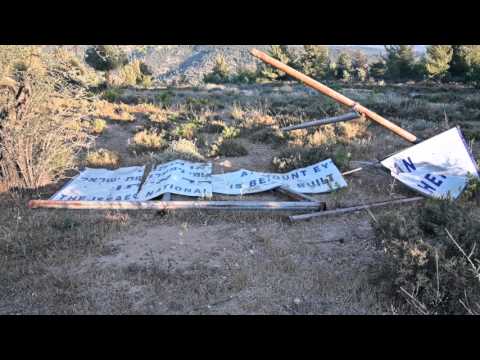