al-Husayniyya Before 1948
The village was located on a slightly  elevated hill in the southern cccorner of the al-Hula Plain.  It stood along the eastern side of a highway that led to Safad and Tiberias. The Arab geographer Yaqut al-Hamawi (d. 1228) noted its ancient buildings and praised one of them, which he claimed had originally been a temple and perhaps was built by Solomon. From each of the twelve openings in the structure, extremely hot but perfectly clear and sweet water poured out, and each jet of water was said to cure a particular disease. Al-Hamawi thought that this place was one of the real wonders of the world times, the land between the village and Lake al-Hula was cultivated by the al-Zubaydat Bedouin.

Al-Husayniyya had stone-built houses and an elementary school, which it shared with the neighboring village of Tulayl. The village land was fertile and amply supplied with under­ground and surface water from springs, a creek, and artesian wells. All of the villagers were Muslims who depended on agriculture for their livelihood. They grew various kinds of fruit, as well as grain, onions, and corn, on the lands north of the village. In 1944/45 a total of 3,388 dunums was allocated to cereals and 22 dunums were irrigated or used for orchards. The villagers also kept livestock, especially water buffalo, for ploughing, dairy production, and meat.

Occupation and Depopulation
Al-Husayniyya fell after facing two fierce attacks by the Palmach’s Third Battalion in March 1948. In the first raid, on 12 March, the Palmach blew up five houses, according to Israeli historian Benny Morris. A New York Times story said  that a party of approximately fifty raiders moved in on the village at 1:40 AM. on 13 March, and “[under heavy covering  fire.. blew up twelve houses before withdrawing.” Fifteen Arabs were killed and twenty wounded in the onslaught. The Times added that British police and  troops later moved into the neighborhood, imposed a curfew, and evacuated the village. A few days later, on 16—17 March, “more than 30 Arab  adults (excluding women and children) were killed” in another attack on al-Husayniyya, according to a report filed by a Palmach battalion. The total death toll was put at dozens by Israeli sources, and the village was said to have been abandoned by all its residents, who “fled across the border.”

The massacre was claimed to be in retaliation for a land mine that had been planted to stop Jewish traffic in the area. After the attacks, the British imposed a week-long curfew on roads in the al-Hula region and the inhabitants of al-’Ulmaniyya (3.5 km to the north) and Kirad al-Ghannama (2 km to the southeast) fled, some temporarily. Some of the villagers who escaped the massacres may have remained or returned in subsequent days; according to Israeli military intelligence, the residents of al-Husayniyya did not leave until 21 April. Morris writes that their flight was due to either Hagana mortar and ground attacks (which were mounted as part of Operation Yiftach), or fear of such attacks by Israeli Settlements on Village Lands. The settlement of Chulata , established in 1937, is 3 km east of the site, near Tulayl. Sde Eliezer , which was founded in 1952, is about 1 km west of the village site.

The Village Today
Only piles of stone and sections of walls from demolished houses remain. The site itself is overgrown with thorns, grasses, and scattered Christ’s-thorn trees, and is used as pasture. The land in the vicinity is cultivated. 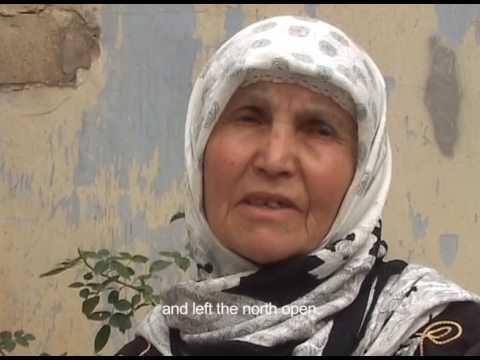