Khubbayza Before 1948
At a distance of 29.5 km from Haifa, the village stood on hilly terrain that sloped towards southwest, about 1 km south of Wadi al-Sindiyana. Secondary roads led north and south from the village to highways connecting the coast with the plain of Marj ibn 'Amir. Its name was the Arabic term for mallow, a wild plant cooked as vegetable in Palestinian peasant cuisine. The village was oriented along a northeast-southwest axis, with stone houses built close together. Its inhabitants were Muslim. They obtained their domestic water from several springs and wells within the village's boundaries, and earned their living primarily from agriculture, growing grain and vegetables, and animal husbandry. Khirbat al-Kalba, probably named after the Bedouin tribe of Bani Kalb, lay north of the village.

Occupation, Depopulation, and Israeli Settlements
The village of Khubbayza was probably the victim of an early Haganah raid launched in the first few weeks of the war. The New York Times reported an attack on a village called 'Habassa near Haifa', on 1 January 1948. No figures for casualties were given, but the report stated that the attack was similar to the massacre carried out the same day at nearby Balad al-Shaykh. The cycle of violence had begun when the Irgun Zvai Leumi (IZL) attacked a group of Palestinian workers at an oil refinery near Haifa on 30 December 1947.

The village was not occupied for several months, however, until the beginning of the battle over the kibbutz of Mishmar ha-'Emeq, when the Haganah proceeded to snap up a number of surrounding villages in mid-April 1948. Over the following weeks, the IZL capitalized on these gains by attacking other villages in the same area. Khubbayza fell to IZL forces between 12 and 14 May. According to IZL sources quoted by Benny Morris, most of the inhabitants of the region fled under mortar fire, but many were also kept for a few days behind barbed wire and then expelled. It is not clear when Khubbayza was destroyed, but some villages in its vicinity were leveled by the Haganah after occupation, and others were razed by the Jewish National Fund in June 1948.

There are no Israeli settlements on village lands. The closest settlement is Even Yitzchaq, founded in 1945 on lands originally belonging to the village of Butaymat, about 1 km east of the village site.

The Village Today
Only stone debris, scattered among thorny bushes, grass, and cactuses, remains on the site of the village of Khubbayza. Part of the surrounding land is cultivated, while the rest serves as pasture.
----------------------

Faisal Salit, Refugee from the...

The ruins of the village

The entrance of the village

Faisal Salit, Refugee from the...

To reach Khubbayza, take your left

To reach Khubbayza, take your... 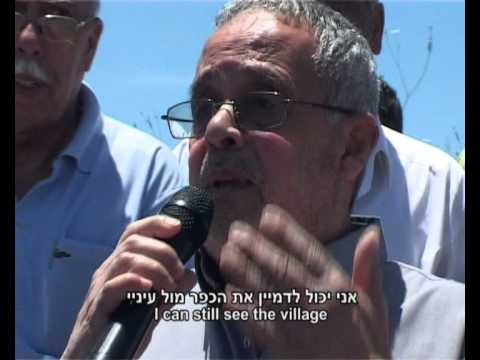 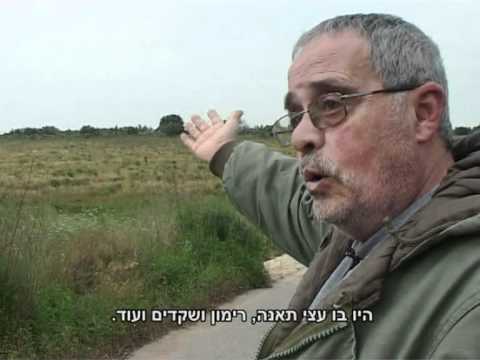 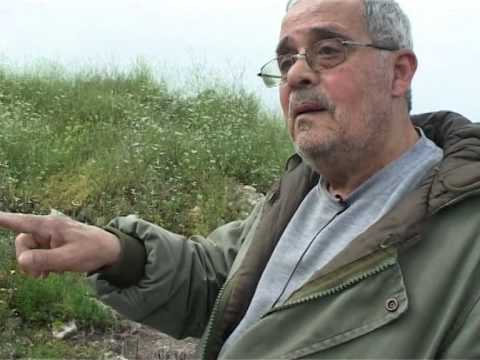 Remembering Khubbayza
04/2011
Excerpt from the booklet: Kubbazya A Palestinian village located forty kilometers south of Haifa, on the main road from...
51682