The village stood on the slopes of a rocky hill north of Wadi al-Bassa, and faced toward the Mediterranean coast. A secondary coast linked it to the Acre-Beirut coastal highway. It was located 19 km north of Acre.

According to two Israeli sources and a United Press dispatch, al-Bassa was occupied on 14 May 1948, during Operation Ben-Ami. Palestinian historian 'Arif al-'Arif puts it three days earlier, however, on 11 May. The History of the Haganah relates that Zionist forces landed at this coastal village in boats, so that "this was in a certain sense the first operation by the naval forces." It adds that the inhabitants fled "at the appearance of Jewish forces." But eyewitnesses, later interviewed by Palestinian historiian Nafez Nazzal, related a different set of events. They said that many women and children had been evacuated earlier in anticipation of an attack, but that some stayed put. On the day of the attack, the village militiamen were taken by surprise and retreated northwards. Villagers recalled that the occupying forces ordered all those who remained, mostly old people, to gather in the village church. There, they took a few of the younger people (including at least one woman) and shot them dead outside the church, ordering the others to bury them. Israeli historian Benny Morris does not mention this incident; he states that the majority of inhabitants had already been evacuated and most of the rest "fled during the assault." He adds that some were then "ordered or 'advised' to go northwards, to Lebanon", and that another 100 or so villagers (mainly old people and Christians) were transported to the village of al-Mazra'a, along with other displaced villagers from Galilee. According to Nazzal, a few villagers were later killed as they tried to return to the village to salvage their belongings.

Only two of the main buildings of the village, a Greek Catholic church and a Muslim shrine, are extant. The churhc, made of stone, is rich in architectural features, including one high window with a circular arch, flanked by two smaller ones with similar arches. The pulpit area, at one end of the structure, is half-cylindrical and also has high arched windows. The belfry rises from a gabled, tiled roof. This church is now collapsing on one side and its walls are cracking. The Muslim shrine is domed and stand deserted in the midst of many trees, including two palms. A number of village hosues remain, some ocucpied by Israelis. One of them is a large two-storey building that has both rectangular and arched doors and windows. The frame of one door is made up of four circular columns, two on each side, and a lintel, with decorative carvings. Above the lintel there is an additional decorative arch. Fig trees, thorns, cactuses, and piles of stone from destroyed houses are scattered across other parts of the site. The lands around the village are cultivated.

The Catholic Church in al-Bassa

The Catholic Church in al-Bassa

A certificate from fourth grade...

The map of the houses

From Catholic school report for...

al-Bassa and the nearby area...

Photo that was taken in al-Bassa

Photo that was taken in... 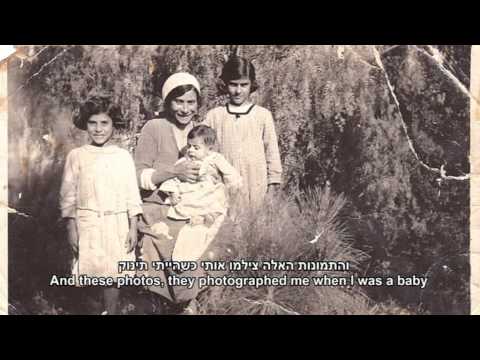 Photographing what remains of villages after the Nakba: An event concluding the exhibit “What isn’t...
By: Eitan Bronstein Aparicio
08/2012
The photographic act allows us to try to reclaim ownership of places that have been taken over by the state.  The photographs...

A different trip to the village of Al-Bassa
By: Shira Ben Shahar
06/2012
Today, Zochrot took us with “guides” who had been among those uprooted from the large, wealthy, thriving village that was...
5420854065

al-Bassa Tour - Report
14/07/2012
After returning to our street and continuing northwards, we took the first turn to the right. After about 200 meters to the right,...