The village stood on a sandy hill, on the coastal main road, 5km from the seashore, 35 km north-east of Gaza. This hill was in fact the accumulated remains of many earlier towns with the same name. Its name is derived from the ancient town of Ashdod which dates back to the seventeenth century B.C. according to the bible (Joshua13:1-3) it was one of the five major cities of the Phillistines.  Archeological digs on the site suggest that the town was inhabited continuously from biblical times till 1948.

In 1596 Isdud was a village in the nahiya of Gaza with a population of 413. The Egyptian Sufi traveler As'ad al-Luqaymi reported visiting the khan of Isdud in 1730. In 1931 the village's 764 houses were home to 3140 people, By 1944/45 the population had increased to 4620, most of them Muslim. Isdud had a village council, two mosques and three holy tomb-shrines for Muslim historical and religious figures.

Two elementary schools were established in Isdud, one for boys (opened in 1922) the other for girls (built in 1942).In the mid –forties. 371 boys and 74 girls were registered in these schools. At this time agriculture was the main income source of the village with lands extending over  47,871 dunums, 2487 of which had been sold to Jews. Citrus fruit, bananas, grapes and figs as well as cereals were the main products. The villagers relied on rainfall and water from several wells for irrigation. Besides agriculture the inhabitants of Isdud also worked in commerce, facilitated by the train station which was part of the coastal railway. Isdud had a number of shops and held a weekly Wednesday market, which attracted people from neighboring villages.

Occupation and Depopulation
When Egyptian forces entered Palestine on May 15 1948 one of their early objectives was to take up positions in Isdud. At that point the village was at the frontline between the Egyptian and the Israeli forces. The Israeli operational orders also called for an attack on al-Majdal, Isdud and Yibna "to cause the "wandering" (i.e. exodus) of the smaller settlements in this area."
According to Israeli historian Benny Morris a three pronged attack launched on June 2-3d. led to the flight of thousands among the local population. The New York Times reported that the bloodiest fighting in the south of the country on June 3-d was taking place around Isdud. On June 9-10th , one day before the first truce of the war took effect the Israelis launched another attack. In the period between the two truces Israeli commando units raided the area around Isdud several times. The town of Isdud was occupied only at the end of the second truce in October 1948 . It came under areal and naval attack at the beginning of operation Yoav and fell into Israeli hands in the last stage of the operation.

The New York Times reported on October 18-th that Israeli air force bombers had flown "practically unhindered" to their targets for three nights in succession. The targets included Isdud. The Egyptian army withdrew southwards fearing to be encircled. The bulk of the remaining civilian population fled with the retreating Egyptian columns before the Israeli entry on October 28-th. According to Benny Morris some 300 townspeople remained ,put up white flags and were immediately expelled to the south. Nevertheless an Israeli army communiqué claimed that Israeli forces had entered Isdud at the request of a delegation from the local population.

The village today
Most of the houses have been destroyed; the rubbles are covered by grass and thorns. Just south of the center of the site stands a large ruined mosque, Its crumbling pillars and arched entrances and windows are still visible. About 200m southwest of the site are two deserted school buildings and a neglected shrine is nearby. The main street of the village, running north to south is still visible with a large building to its east side. Palm, doum palm and cypress trees are scattered around the perimeter of the site. An avocado grove has been planted  along its northern edge, while Israeli fields lie along its southern edge.

Courtyard of house in Isdud,...

Courtyard of house in Isdud,... 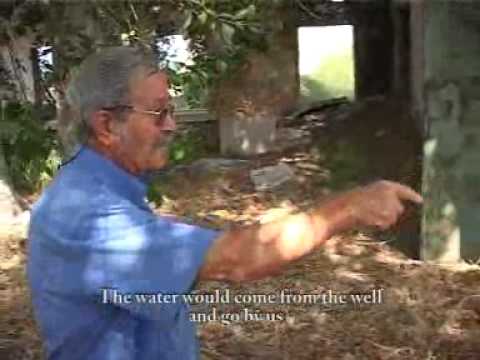 History Erased
By: Meron Rapoport \ Haaretz
04/07/2007
During the 1950s, the nascent state and IDF set about destroying historical sites left behind by other cultures, particularly...
56614